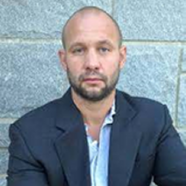 Jesse Morton was once a jihadist propagandist (then known as Younes Abdullah Muhammad) who ran Revolution Muslim, a New York City-based organization active in the 2000s and connected to a number of terrorism cases. He connected al-Qaeda’s ideology and transformed it for America, creating English language propaganda and collaborating with the most notorious jihadist preachers of that era. Morton deradicalized in 2011, following his arrest in Casablanca and then incarceration in the U.S. Since then, he has worked to become a leading commentator and researcher on jihadist, far-right and far-left extremism and reciprocal radicalization.

In 2017, Jesse launched Parallel Networks, an organization he co-founded with Mitch Silber, the former NYPD official who monitored and ultimately incarcerated him. The initiative works to prevent and counter violent extremism and has been supported by the Counter Extremism Project (CEP). Parallel Networks consults on domestic and international projects with a particular concentration on the reintegration and rehabilitation of terrorism-related offenders and foreign terrorist fighters and their family members while combating transnational Islamist and jihadist movements.

Jesse also leads Parallel Networks’ Light Upon Light project, an off and online ecosystem of holistic programming that utilizes a unique transdisciplinary approach to combat polarization, hate and violent extremism in the American ambit. Light Upon Light programming works holistically to offer an antithetical sense of identity, purpose, and community to that which extremists offer their recruits.

Over past years, Jesse has served as a deradicalization interventionist in an array of capacities and has worked to pull over 100 individuals from an array of movements and ideologies out of extremism. He holds a bachelor’s degree in human service and master’s in international relations, Middle East studies and nonprofit management from Columbia University. He has published and presented at New America Foundation, the Institute for Strategic Dialogue, United States Institute for Peace, Alliance for Peacebuilding, the Anti-Defamation League (ADL), CTC Sentinel, Lawfare, Wall Street Journal, Washington Post, New York Times, New York Post and other outlets. Morton was included in Foreign Policy Magazine’s 2017 ‘Global Thinkers’ listing, holds certificate licensure in substance-abuse and mental health counseling, is widely read in Islamic theology and has lectured at Imam Muhammad ibn Saud University in Riyadh, Saudi Arabia and Sunderland University in Casablanca, Morocco.