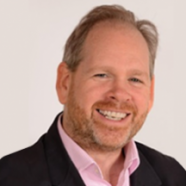 Professor Ian Acheson FRSA is a former Prison Governor and Senior Official in the UK Home Office with a career spanning 25 years in leadership roles within the criminal justice system focusing on security, safety, counterterrorism, and reform from the front line as a prison and police officer to the boardroom. He has been the director of an international charity and the Chief Operating Officer of Great Britain’s legal human rights and equality regulator. In 2016, after leaving public service, he was asked by Government to lead a ‘landmark’ independent review of Islamist extremism in the country’s prison and probation service which led to transformational change in the way the UK manages ideologically inspired offenders. In the years since, he has worked to assist governments across the world to combat violent extremism in their prison systems and other criminal justice reforms in post-authoritarian states. His key CEP research fields include risk/dangerousness management, deradicalisation, reintegration of terrorist offenders, and disguised compliance.