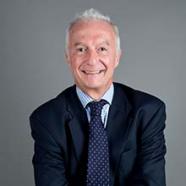 Gilles de KERCHOVE has been the EU Counter-terrorism Coordinator from 2007 to 2021. In this function, he coordinated the work of the European Union in the field of counter-terrorism, maintained an overview of all the instruments at the Union's disposal, closely monitored the implementation of the EU counter-terrorism strategy and fostered better communication between the EU and third Countries to ensure that the Union plays an active role in the fight against terrorism.

He was previously Director for Justice and Home Affairs at the EU Council General Secretariat (1995-2007), where he played a central role in the negotiations leading to the creation of Eurojust, CEPOL, the EU Innovation Hub or the European Arrest Warrant. Before that, he was Deputy Secretary of the Convention which drafted the Charter of fundamental rights of the European Union (1999-2000). He was also Head of the Private Office of the deputy Prime-Minister of the Federal Government of Belgium, successively Minister of Justice (1988-1995), Minister of Economic Affairs (1992-1995) and Minister of Defense (1995).

He has published a number of books and articles on European law, human rights, security and counter terrorism (see the list in the Liber Amicorum Gilles de Kerchove published by Bruylant, 2021 : The fight against Terrorism : achievements and challenges).

Gilles de Kerchove graduated in Law from The Catholic University of Louvain (1979) and obtained a Masters of Law (LLM) at Yale Law School in 1984.