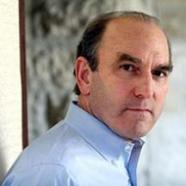 Elliott Abrams is senior fellow for Middle Eastern Studies at the Council on Foreign Relations (CFR) in Washington, DC. He served as deputy assistant to the president and deputy national security adviser in the administration of President George W. Bush, where he supervised U.S. policy in the Middle East for the White House.

Mr. Abrams was educated at Harvard College, the London School of Economics, and Harvard Law School. After serving on the staffs of Sen. Henry M. Jackson and Daniel P. Moynihan, he was an assistant secretary of state in the Reagan administration and received the secretary of state's Distinguished Service Award from Secretary George P. Shultz. In 2012, the Washington Institute for Near East Policy gave him its Scholar-Statesman Award.

Mr. Abrams was president of the Ethics and Public Policy Center in Washington, DC, from 1996 until joining the White House staff. He was a member of the United States Commission on International Religious Freedom from 1999 to 2001 and chairman of the commission in the latter year, and in 2012 was reappointed to membership for another term. Mr. Abrams is also a member of the U.S. Holocaust Memorial Council, which directs the activities of the U.S. Holocaust Memorial Museum. He teaches U.S. foreign policy at Georgetown University's School of Foreign Service.

He is the author of four books, Undue Process (1993), Security and Sacrifice (1995), Faith or Fear: How Jews Can Survive in a Christian America (1997), and Tested by Zion: the Bush Administration and the Israeli-Palestinian Conflict (2013); and the editor of three more, Close Calls: Intervention, Terrorism, Missile Defense and "Just War" Today; Honor Among Nations: Intangible Interests and Foreign Policy; and The Influence of Faith: Religion and American Foreign Policy.