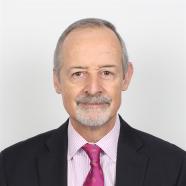 Edmund Fitton-Brown is a former British diplomat. He graduated from Cambridge University and joined the Foreign Service in 1984. His career included postings in Finland, Egypt, Kuwait, Saudi Arabia, Italy and the United Arab Emirates; and culminated as UK Ambassador for Yemen. He joined the United Nations in 2017 as an Expert with the ISIL/Al-Qaida/Taliban Sanctions Monitoring Team before taking over as Coordinator of the Team in January 2018, a position which he held until July 2022. He speaks Arabic and is best known as a specialist in the Middle East, regional security and international counter-terrorism. He has traveled extensively for professional commitments, including to conflict zones. Within the UN he achieved the reputation of being its principal authority on the global threat posed by ISIL and Al-Qaida. He has appeared and been quoted extensively in a range of media on CT, Afghan and Middle Eastern issues and has delivered keynote speeches on these issues at high-level events on four continents. He is married, with his home base in Austin, Texas, and has three adult children: a daughter and two sons.