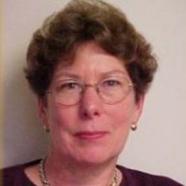 Martha Crenshaw is a senior fellow emerita at the Center for International Security and Cooperation, Freeman Spogli Institute for International Studies, Stanford University, and professor emerita in the Department of Government at Wesleyan University.  She taught at Wesleyan from 1974 to 2007, and at Stanford from 2007 until her partial retirement in 2019.  She published her first article on terrorism in 1972 while a graduate student at the University of Virginia, where she received her PhD in 1973.  She was a Guggenheim Fellow and is a Corresponding Fellow of the British Academy.  She has served on several committees of the National Academy of Sciences.  Recent publications include Countering Terrorism with Gary LaFree (Brookings Institution Press, 2017) and “Rethinking Transnational Terrorism:  An Integrated Approach,” United States Institute of Peace Peaceworks Report, 2020.  A collection of her previously published articles can be found in Explaining Terrorism:  Causes, Processes, and Consequences (Routledge, 2011).  She is a Principal Investigator with NCITE, a Center of Excellence for the U.S. Department of Homeland Security based at the University of Nebraska-Omaha.  From 2005 to 2017 she was a Principal Investigator with START, also a DHS Center of Excellence at the University of Maryland.  She is also the director of the Mapping Militants Project, which was first established in 2010 with support from the Department of Defense Minerva Initiative.  It is currently supported by a grant through the NCITE consortium.