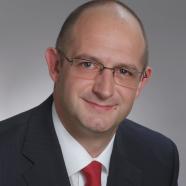 Dr. Hans-Jakob Schindler is the Senior Director of the Counter Extremism Project (CEP) in New York and Berlin, co-chair of the Advisory Board of the Global Diplomatic Forum in London, member of the Advisory Board of Justice for Kurds in New York, member of the Boards of Directors of Compliance and Capacity Skills International (CCSI) in New York and London as well as a teaching fellow at the academy for Security in the Economy (ASW Akademie AG) in Essen. In these positions, he advices government leaders and top executives in Europe, North America and internationally on issues concerning international terrorism, financial crime, sanctions and combatting the financing of terrorism and extremism.

In 2013 he joined the ISIL (Da’esh), al-Qaida and Taliban Sanctions Monitoring Team of the United Nations Security Council and served as the Team’s Coordinator from 2015 to 2018. As Coordinator he regularly briefed the members of the Security Council on the global terrorism threat and the Afghan insurgency. He was also responsible for the development of global counter terrorism sanctions. As part of his duties Hans significantly expanded the cooperation of the Team with national security and intelligence services, military organizations as well as international organizations, including ICAO, IATA, WCO, UNODC, UNESCO and INTERPOL, including on the intersection of financing of terrorism and international crime. He also pioneered the Team’s regular consultations with a wide range of private sector stakeholders on security and counter terrorism finance issues and effective sanctions implementation.

Prior to his appointment, he worked as an associated partner for West Sands, an associated consultant for Stirling Assynt and as Program Director for the Institute for Strategic Dialogue in the United Kingdom as well as a strategic advisor to several companies in Europe. Between 2005 and 2011 he held the position of First Secretary Political Affairs and Liaison to the Security Forces at the German Embassy in Tehran. From 2001 until 2005 he was part of the federal government of Germany's team investigating al-Qaida in Afghanistan, Pakistan and Central Asia.

Having studied in Tübingen, at Georgetown in Washington D.C., and Tel Aviv he holds a Master’s and PhD degree in International Terrorism from St. Andrews University.