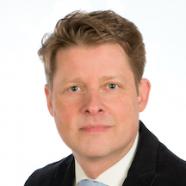 Dr. Guido Steinberg is a senior fellow at the German Institute for International and Security Affairs (Stiftung Wissenschaft und Politik, SWP) in Berlin, specializing in Middle East Politics and Islamist Terrorism. He holds a PhD in Islamic Studies from the Free University of Berlin and is an expert on Saudi Arabia. He has worked as a research coordinator at the Free University Berlin (2001) and as an advisor on international terrorism in the German Federal Chancellery (2002-2005).

Since he left the government, Guido Steinberg has been a frequent expert witness in terrorism trials in Germany, Austria, Denmark and the United States covering al-Qaeda, Islamic State, Hezbollah and numerous other Arabic-, Turkish- and Persian-speaking organizations. He is a regular commentator on the Middle East and terrorism in German and international media and often appears on Deutsche Welle TV in German, English, Arabic, and Spanish.

Guido Steinberg has published widely on the Middle East, Islamism, and terrorism, including most recently in English: German Jihad. On the Internationalization of Islamist Terrorism, New York: Columbia University Press 2013.