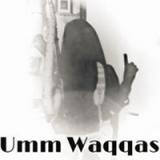 "Rawdah Abdisalaam" is an online recruiter for ISIS.

"Rawdah Abdisalaam" is an online recruiter for ISIS. She is believed to currently operate out of Raqqa, Syria. Before her departure to the self-proclaimed Islamic State in 2014, Abdisalaam resided in Seattle, Washington. Global media outlets have suggested that she is British or Dutch, although in a recent conversation with Channel 4 News, she claimed she was Finnish.“Senior female ISIS agent unmasked and traced to Seattle,” Channel 4 News, April 28, 2015, http://www.channel4.com/news/female-isis-women-girl-umm-waqqas-unmasked-seattle.

On her Twitter account, Abdisalaam (also known on Twitter as “Umm Waqqas”) has outlined the religious imperatives of waging jihad and encouraged Muslims to take up arms with ISIS. Abdisalaam has accumulated over 8,000 followers, and has instructed them to travel to Turkey and contact certain guides who would shepherd them across the Syrian border into ISIS-controlled territory. Abdisalaam has been in touch with numerous recruits on the eve of their departure.“Senior female ISIS agent unmasked and traced to Seattle,” Channel 4 News, April 28, 2015, http://www.channel4.com/news/female-isis-women-girl-umm-waqqas-unmasked-seattle.