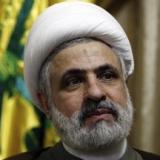 Sheikh Naim Qassem is a Shia Lebanese cleric and politician and second in command of Hezbollah (“Party of God”).

Sheikh Naim Qassem is a Shia Lebanese cleric and politician and second in command of Hezbollah (“Party of God”). He holds the title of deputy secretary-general. World Heritage Encyclopedia, http://community.worldheritage.org/articles/Naim_Qassem#cite_note-wmer5dec-2.

Born Naim Qassem in Kfar fila, in southern Lebanon, Naim Qassem was among the founding members of Hezbollah in 1982. Qassem has served as Hezbollah’s second-in-command since 1992, when the group entered the political realm. He is widely credited with being Hezbollah’s leading media personality. In 2004, he published a history of Hezbollah that included an autobiographical account of his role in the organization. Two years later, it was translated into numerous languages, including English, and was titled “Hezbollah: The Story from Within.” “The Man in Nasrallah's Shadow: A Profile of Sheikh Naim Qasim,” The Jamestown Foundation, Volume: 3 Issue: 33, August 23, 2006, http://www.jamestown.org/programs/tm/single/?tx_ttnews[tt_news]=882&no_cache=1#.VPi1juH0eQF.

Qassem is one of the founders of a Lebanese Muslim student union that was established in the 1970s. Qassem joined the Amal movement when it was led by Imam Musa Sadr. Qassem was also the head of the Islamic religious education association from 1974 to 1988. Qassem participated in foundation activities of Hezbollah and was appointed deputy secretary-general of Hezbollah in 1992.