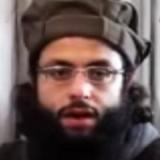 Muhammad Khadir Musa Ramadan, is a senior leader of and key propagandist for ISIS.

Muhammad Khadir Musa Ramadan, is a senior leader of and key propagandist for ISIS. On May 28, 2020, the U.S. Department of State’s Rewards for Justice program offered a reward of up to $3 million for information leading to the location or identification of Ramadan’s whereabouts.“Rewards for Justice – Reward Offer for Information on Muhammad Ramadan,” U.S. Department of State, May 28, 2020, https://translations.state.gov/2020/05/28/rewards-for-justice-reward-offer-for-information-on-muhammad-ramadan/.

Believed to have been born in Jordan, Ramadan is one of ISIS’s longest-serving senior media officials. Ramadan reportedly oversees the group’s daily media operations and manages the content ISIS receives from its international supporters. Ramadan’s role as a key propagandist for the terrorist group has allowed ISIS to radicalize and recruit individuals from across the globe.“Rewards for Justice – Reward Offer for Information on Muhammad Ramadan,” U.S. Department of State, May 28, 2020, https://translations.state.gov/2020/05/28/rewards-for-justice-reward-offer-for-information-on-muhammad-ramadan/.

Ramadan allegedly oversees the planning, coordination, and production of ISIS’s propaganda, videos, and online platforms. The videos featured on these platforms depicted the severe violence, torture, and execution of civilians at the hands of ISIS. Ramadan’s fundamental beliefs are also enforced among his fellow insurgents. It is reported that he led an effort to cleanse ISIS of moderate opinions, and that he instigated the imprisonment of certain members of ISIS’s propaganda team for not complying with dogmatic and extremist interpretations of Islam.“Wanted Information that brings to justice…Muhammad Khadir Musa Ramadan,” Rewards for Justice, May 31, 2020, https://rewardsforjustice.net/english/muhammad_ramadan.html.

Although Ramadan’s exact beliefs have not been recorded, ISIS adheres to a literalist interpretation of Sunni Islam, specifically embracing beliefs according to an extremist Salafi vision.Hassan Hassan, “Isis: a portrait of the menace that is sweeping my homeland,” Guardian (London), August 16, 2014, http://www.theguardian.com/world/2014/aug/16/isis-salafi-menace-jihadist-homeland-syria. Salafis believe that Islam has been tainted by centuries of human revision and interpretation. ISIS is explicitly willing to use violence in an attempt to return to the days of the salaf. This willingness is based on the conviction that violence is divinely ordained.Ed Husain, “Saudis Must Stop Exporting Extremism,” New York Times, August 22, 2014, http://www.nytimes.com/2014/08/23/opinion/isis-atrocities-started-with-saudi-support-for-salafi-hate.html. ISIS supplements its Salafist worldview with a belief in the revival of takfirist practices. As a Salafi-Takfiri group, the “enemies of Islam” may be Muslim too.Hassan Mneimneh, “Takfirism,” Critical Threats, October 1, 2009, https://www.criticalthreats.org/analysis/takfirism.