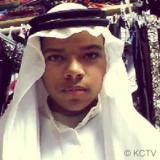 In April 2015, John T. Booker was arrested in the course of a year-long FBI investigation for allegedly plotting an ISIS-inspired suicide bombing at the U.S. Army base in Fort Riley, Kansas.

John T. Booker is a U.S. citizen, convert to Islam, and attempted domestic terrorist who pled guilty to plotting an ISIS-inspired suicide bombing at the U.S. Army base in Fort Riley, Kansas. He was arrested in April 2015 after a year-long FBI investigation, and charged with one count of attempting to use a weapon of mass destruction, one count of attempting to damage property by means of an explosive, and one count of attempting to provide material support to a designated foreign terrorist organization.Reuters, “A 20-year-old US man was arrested for plotting a suicide bombing at a Kansas Army base,” Business Insider, April 10, 2015, http://www.businessinsider.com/a-20-year-old-us-man-was-arrested-for-plotting-a-suicide-bombing-at-a-kansas-army-base-2015-4. Booker pled guilty on February 3, 2016, to attempting to destroy government property with an explosive device.“Kansas man pleads guilty in ISIS plot to bomb Army post,” CBS News, February 3, 2016, http://www.cbsnews.com/news/kansas-man-pleads-guilty-in-plot-to-bomb-army-post/.

Booker reportedly converted to Islam during his senior year of high school.M.L. Nestel and Ryan Walsh, “What We Know About John Booker, the Man the FBI Thought Might be a Jihadi,” Vocativ, April 2, 2014, http://www.vocativ.com/usa/military/know-john-booker-man-fbi-thought-might-jihadi/. Soon after, he attended a local mosque where he engaged in arguments with fellow mosque-goers and reportedly expressed support for al-Qaeda. According to the mosque’s imam, Booker had been diagnosed with bipolar disorder.John Hayward, “Kansas Man Arrested for Planning Car Bomb Jihad Attack on Ft. Riley,” Breibart News, April 12, 2015, http://www.breitbart.com/national-security/2015/04/12/kansas-man-arrested-for-planning-car-bomb-jihad-attack-on-ft-riley/.

The FBI began tracking Booker in March 2014 after he published Facebook posts about jihad.Reuters, “John T. Booker, Jr., Kansas Man, Arrested In Plot To Suicide Bomb Fort Riley For ISIS,” Huffington Post, last modified June 10, 2015, http://www.huffingtonpost.com/2015/04/10/us-man-arrested-bomb-fort-riley_n_7041960.html. In numerous meetings with undercover FBI informants, Booker allegedly expressed his desire to build and detonate a suicide bomb, targeting American armed personnel. According to the criminal complaint filed against him, Booker expressed that “detonating a suicide bomb is his number one aspiration because he couldn’t be captured, all evidence would be destroyed, and he would be guaranteed to hit his target.”“United States v. Alexander E. Blair,” United States District Court for the District of Kansas, U.S. Department of Justice, April 10, 2015, https://cchs.gwu.edu/sites/cchs.gwu.edu/files/downloads/Blair%20Criminal%20Complaint.pdf.