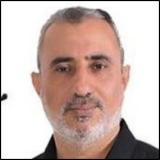 Hassan Salem is a member of the Iraqi parliament and head of al-Sadiqun (“the Honest Ones”), the political bloc of Iran-backed Iraqi militia Asaib Ahl al-Haq (AAH).“Sadiqin: The dream of the Americans will not be fulfilled, and we...