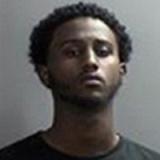 Also charged in the case were Hamza Naj Ahmed, Abdullahi Yusuf, and Abdirizak Warsame, the last of whom is believed to have acted as the group’s ringleader. One of the defendants’ associates, Abdiwali Nur, is believed to have successfully joined ISIS in Syria in May 2014.“United States of America v. Abdirizak Mohamed Warsame,” U.S. District Court for the District of Minnesota, December 9, 2015, 8, http://kstp.com/kstpImages/repository/cs/files/WarsameComplaint.pdf.

In February 2015, recorded phone conversations revealed Musse and his co-conspirators discussing further plans to leave the United States and join ISIS, this time possibly via Mexico. Musse was in the process of obtaining a fake passport when his father confronted him, forcing Musse to halt his travel plans.Laura Yuen and Mukhtar Ibrahim, “Feds charge six Minnesotans with trying to join ISIS,” MPR News, April 20, 2015, http://www.mprnews.org/story/2015/04/20/6-charged-with-trying-to-join-isis.

On November 15, 2016, Musse was sentenced to 10 years in prison by Judge Michael Davis. When asked directly if he was a terrorist, Musse responded, “I am a terrorist, your honor.”Associated Press, “Minnesota Man Tells Judge, ‘I am a Terrorist,’ Gets 10 Years,” New York Times, November 15, 2016, http://www.nytimes.com/aponline/2016/11/15/us/ap-us-islamic-state-americans-minnesota.html?_r=1.