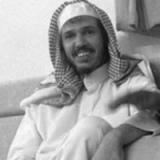 Twitter personality “The Cheerful Fighting” supports ISIS and a strict interpretation of sharia (Islamic law).The Cheerful Fighting, Twitter, accessed June 2015, https://twitter.com/AntiSahawat1. CEP suspects Twitter has suspended and unsuspended his account, although it is unclear why Twitter would accept an appeal to unsuspend the account. The Cheerful Fighting uses Twitter to propagandize ISIS’s “good deeds.” On the last day of Ramadan in 2015, he tweeted: “Khilafah distributes ‘Eid presents among children in wilayat Al-Khayr,” with a link to a video.

In addition to support for ISIS, he espouses anti-Western sentiment and denounces other religions, as well as other terror groups.

CEP suspects that The Cheerful Fighting operates out of ISIS-controlled territory.