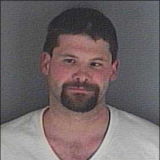 Alexander E. Blair is an American citizen and alleged accessory to terrorism.

Alexander E. Blair is an American citizen and alleged accessory to terrorism. He was arrested on April 10, 2015, and charged with failing to report a felony. Blair reportedly knew that John T. Booker, arrested earlier the same day, was planning an attack on the U.S. Army base in Fort Riley, Kansas. Booker had reportedly wanted to “kill as many soldiers as possible,” according to the U.S. Attorney’s Office for the District of Kansas.“United States of America v. Alexander E. Blair,” United States District Court for the District of Kansas, April 10, 2015, 3, https://cchs.gwu.edu/sites/cchs.gwu.edu/files/downloads/Blair%20Criminal%20Complaint.pdf; “Second Man Charged in Plot to Bomb Kansas Army Base for ISIS,” NBC News, April 10, 2015, http://www.nbcnews.com/storyline/isis-terror/second-man-charged-plot-bomb-kansas-army-base-n339701.

Booker tried to detonate what he thought was a bomb at Fort Riley on the morning of April 10, 2015. The bomb was non-explosive and had been provided by an FBI informant. Booker was arrested at the scene and charged with planning to carry out a suicide bombing.“Kansas Man John Booker Indicted in ISIS-Inspired Bomb Plot Against Fort Riley,” NBC News, April 16, 2015, http://www.nbcnews.com/storyline/isis-terror/john-t-booker-jr-indicted-isis-inspired-bomb-plot-n343231.

Blair was arrested later that day.Steve Fry, “Second man alleged to know about plan to detonate WMD at Fort Riley placed on house arrest,” Topeka Capital-Journal, April 16, 2015, http://cjonline.com/news/2015-04-16/second-man-alleged-know-about-plan-detonate-wmd-fort-riley-placed-house-arrest. He admitted to knowing of Booker’s plan to detonate a bomb at the army base, and knew Booker believed he was acting on behalf of ISIS. Blair had allegedly loaned Booker money to rent a storage unit, and knew the unit would be used to store explosive materials and to construct a bomb. He also told agents he believed Booker would carry out the attack, but that he chose not to alert authorities to Booker’s actions. Blair reportedly shared Booker’s “extremist views concerning Jihad against the United States military,” according to criminal complaint filed against Blair.“United States of America v. Alexander E. Blair,” United States District Court for the District of Kansas, April 10, 2015, 3, https://cchs.gwu.edu/sites/cchs.gwu.edu/files/downloads/Blair%20Criminal%20Complaint.pdf. The two men had reportedly met at a Topeka mosque in January 2015.Melissa Hellmann, “Kansas man pleads guilty to aiding foiled bomb plot,” Associated Press, May 23, 2016, http://bigstory.ap.org/article/88b7ca90a3a7464cad2c82a4fcb3d17a/change-plea-hearing-set-kansas-bomb-plot-case.