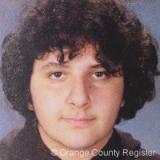 California resident Adam Dandach is a U.S. citizen and attempted foreign fighter for ISIS. On July 3, 2014, he was arrested and charged with making false statements on an application for a replacement passport, which authorities believe he intended to use to fly to Istanbul, Turkey, and eventually onto Syria. In August 2015, Dandach signed a plea agreement admitting to attempting to provide material support to ISIS and making a false statement in a passport application.Brian Melley, “California man guilty of trying to support Islamic State,” Associated Press, August 10, 2015, http://bigstory.ap.org/article/44ce687f5fff4d7188c460d7dc9df278/california-man-guilty-trying-support-islamic-state. He was sentenced to 15 years in federal prison in July 2016.Sean Emery, “O.C. man sentenced to 15 years after he admitted to trying to join ISIS,” Orange County Register, July 25, 2016, http://www.ocregister.com/articles/islamic-723550-dandach-state.html.

Authorities believe that Dandach attempted to obstruct the investigation into his actions by asking an unnamed website administrator to delete his post history on that website.“Orange, County, California, Man Charged in New Indictment with Attempting to Provide Material Support to ISIL,” The United States Department of Justice, March 4, 2015, http://www.justice.gov/opa/pr/orange-county-california-man-charged-new-indictment-attempting-provide-material-support-isil. Dandach also operated a Twitter account under the twitter handle @Al_Fadi1414. His profile photo depicts the ISIS flag and his bio reads, “The Messenger of Allah (pbuh) said: If anyone asks Allah for martyrdom sincerely, Allah make him reach the ranks of martyrs though he may die on his bed.”Adam Dandach Twitter, accessed February 16, 2017, https://twitter.com/al_fadi1414.