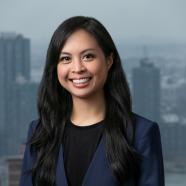 Lara Pham serves as the deputy director of the Counter Extremism Project (CEP). Lara provides strategic and operational support to CEP’s executive director and manages the work of the research team. Previously, she worked as a mining/metals analyst at a private investment firm, The Electrum Group LLC. Prior, Lara served as a policy analyst for the U.S. Department of State and as a U.S. advisor to the Fifth Committee of the United Nations General Assembly. She received her bachelor’s degree in international studies from the University of California, San Diego. She also completed her master’s degree in international affairs from the School of International and Public Affairs at Columbia University in New York City.