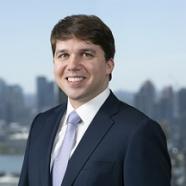 David Ibsen serves as executive director for the Counter Extremism Project (CEP), which works to combat the growing threat of extremist ideology particularly by exposing extremists’ misuse of financial, business, and communications networks.

David leads the development and management of all CEP operations and programs. He also writes regularly on security and foreign policy issues and is also a frequent commentator in print and on television about the dangers of extremist ideology, the misuse of communications and social media platforms by extremist groups to recruit and radicalize, and the Iranian nuclear program, among other related issues.

Previously, David served as a policy analyst for the U.S. Department of State and as a U.S. delegate to the United Nations. Prior, David worked as an advisor for the United Nations Children’s Fund (UNICEF). David studied International Security Policy at the School of International and Public Affairs at Columbia University and English Literature at Hunter College in New York City.